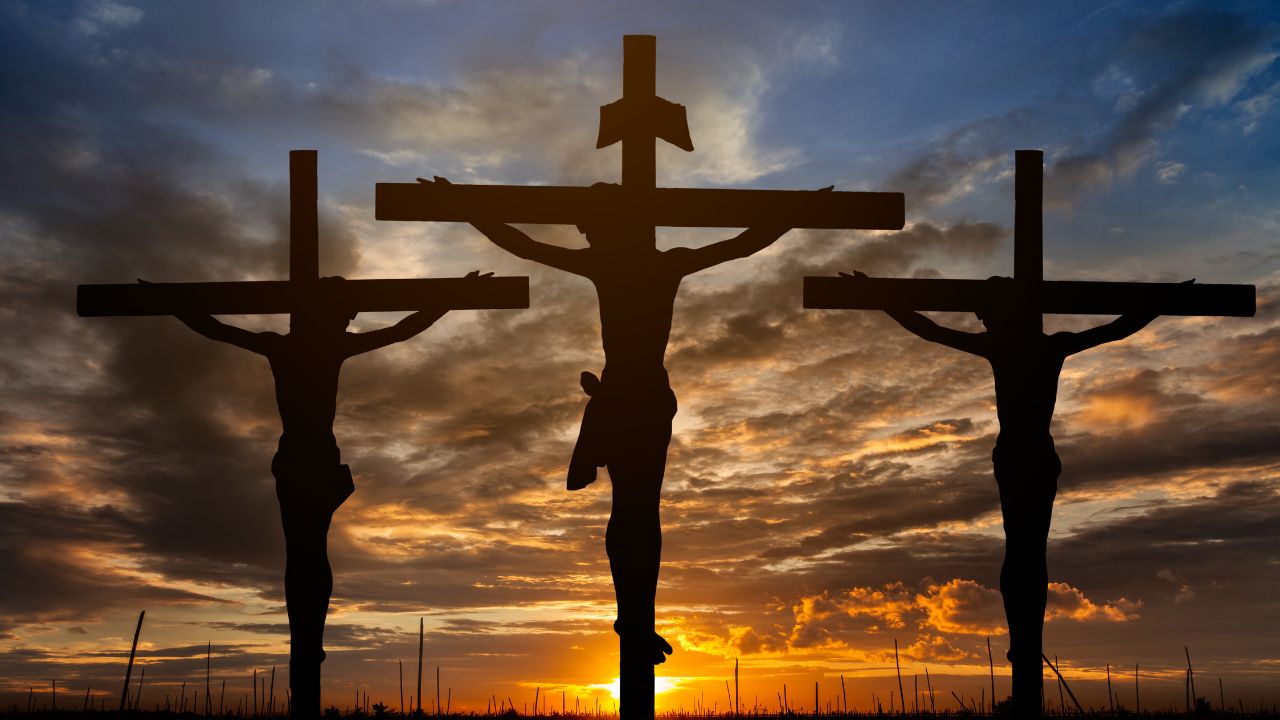 Jesus, also called Jesus Christ, Jesus of Nazareth, or Jesus of Galilee, is one of the most influential figures in history.

He is the founder of Christianity.

His life and teachings have inspired billions of people around the world for over two thousand years.

But who was Jesus, really?

Was he just a man, or was he something more?

There are many different opinions about who Jesus was.

Some people believe that he was just a man, a great teacher, or a prophet.

Others believe that he was the Son of God, sent to Earth to save humanity from their sins.

In this article, I’ll explore who Jesus is and what his teachings can mean for us today.

I am often asked the question, “Who is Jesus?”

It is a difficult question to answer because there is so much that could be said.

Suffice it to say that Jesus was and is the most important figure in human history.

He was born of a virgin, lived a sinless life, and died on the cross to pay the penalty for our sins.

He rose from the dead three days later, proving His power over death.

He then ascended into heaven, where He now sits at the right hand of God the Father.

One day He will return to earth to judge the living and the dead.

That is who Jesus is.

Background and early life of Jesus

Jesus Christ was born in the Judean town of Bethlehem around 4 BC.

His mother, Mary, was a Virgin who was betrothed to Joseph, a carpenter.

According to the Gospels of Matthew and Luke, the Angel Gabriel appeared to Mary and told her that she would conceive and bear a son called Jesus, who would be the Son of God. (Luke 1:26-38)

After Jesus was born, he and his family fled to Egypt to escape the Massacre of the Innocents, which was ordered by King Herod. (Matthew 2:13-18)

They eventually settled in Nazareth, a small town in Galilee. (Luke 2:39)

Not much is known about Jesus’ childhood, but the Gospels tell us that He grew in wisdom and in favor with God and man. (Luke 2:52)

One story tells how he went missing for three days while his family was on a pilgrimage to Jerusalem.

His parents eventually found him in the temple, where he was talking with the teachers. (Luke 2:41-52)

Another story tells how he worked with Joseph as a young boy, helping him to make wooden furniture. (Mark 6:3)

At the age of 30, Jesus began His public ministry after being baptized by John the Baptist. ( Matthew 3:13-17)

He traveled around Galilee, preaching His message and performing miracles.

He also gathered a group of disciples, who became His closest followers.

He caused controversy by forgiving people’s sins, which was something only God could do, according to the Jewish religion. (Mark 2:1-12)

Jesus also spoke out against the hypocrisy of the Pharisees, the Jewish religious leaders of the time. (Matthew 23:1-39)

Around AD 32, Jesus traveled to Jerusalem for the Jewish festival of Passover. (John 2:13)

While Jesus is in Jerusalem, He drives the money-changers and those selling doves out of the temple, saying that it is a ‘house of prayer for all nations, not a ‘den of thieves. (Mark 11:15-19)

His actions cause offense to the religious leaders.

The crucifixion and resurrection of Jesus Christ

Jesus is arrested and brought before the Sanhedrin, the Jewish high court.

Jesus is then handed over to the Romans and is brought before Pontius Pilate, the Roman governor of Judea.

The life of Jesus is remembered and celebrated by Christians every Easter.

Jesus changed the world in a way that no one else has ever done, and His teachings continue to influence people today.

He is known as the ‘Prince of Peace, and His message was one of love, forgiveness, and compassion.

Christians believe that Jesus was and is the Son of God and that through His death and resurrection, He provided a way for us to be forgiven and to have a relationship with God. (John 3:16)

What does the Bible say about Him?

The Bible is full of prophecies about the coming of the Messiah, and Jesus fulfilled all of them.

He was born in Bethlehem, as foretold by the prophet Micah. (Micah 5:2)

He was visited by wise men from the East, as predicted by Isaiah. (Isaiah 60:1-6)

Jesus was baptized in the Jordan River, as foretold by Isaiah. (Isaiah 40:3)

He preached in Galilee, as prophesied by Isaiah. (Isaiah 9:1-2)

Jesus rode into Jerusalem on a donkey, as Zechariah predicted. (Zechariah 9:9)

And He rose from the dead on the third day, as foretold by the prophet Hosea. (Hosea 6:2)

These are just a few of the many, many prophecies that Jesus fulfilled.

There is no doubt that He was the Messiah, the Son of God.

If you would like to know more about who Jesus is and what He has done for you, I encourage you to read the Bible.

Start with the book of John, and let the story of Jesus change your life forever.

The impact of Jesus Christ on the world

It is impossible to overstate the impact that Jesus has had on the world.

His teachings have shaped our laws, our politics, our art, our literature, and our ways of thinking.

More than that, He has changed the lives of billions of people around the world.

Those who have placed their faith in Him have been transformed by His love and grace.

Their lives are marked by hope, joy, and peace, even in the midst of hardship and trials.

What was the main purpose of Jesus’s life?

Jesus came to Earth for one reason: to save humanity from its sin.

By living a perfect life and dying on the cross, Jesus took the punishment that we deserved.

Through his resurrection, he conquered death and gave us the hope of eternal life.

Because of Jesus, we can be forgiven and have a personal relationship with God. (John 3:16)

This is the Good News that Jesus came to bring us, and it is the main purpose of his life.

How to follow Jesus’s teachings in our own lives

As Christians, we are called to follow the teachings of Jesus Christ.

But what does that really mean?

In Matthew 28:19-20, Jesus tells us to go out into the world and make disciples of all nations, teaching them to obey His commands.

This commission is not just for pastors and missionaries; it’s for every follower of Christ.

As we share the good news of the Gospel with others, we also have the opportunity to show them what it looks like to live out our faith on a daily basis.

By living lives of love, joy, peace, patience, kindness, goodness, faithfulness, gentleness, and self-control (Galatians 5:22-23), we can be a light in a dark world and an example of God’s love.

As we follow Christ’s teachings in our own lives, we can impact those around us for His glory.

What are the different names and titles of Jesus Christ?

There are many different names and titles for Jesus Christ, all of which point to His nature and character.

Some of the names and titles of Jesus include:

Each name and title reveals something different about who Jesus is and what He has done for us.

When we understand the meaning behind these names and titles, we can better appreciate all that Jesus is to us and all that He has done for us.

Final thoughts on who Jesus is

Jesus is so much more than just a man who lived 2,000 years ago.

He is the Son of God, the Savior of the world, and the Lord of all.

He came to Earth for one purpose: to save us from our sin.

And because of His great love for us, He did just that.

You may never be the same.

Also read: Who is God? 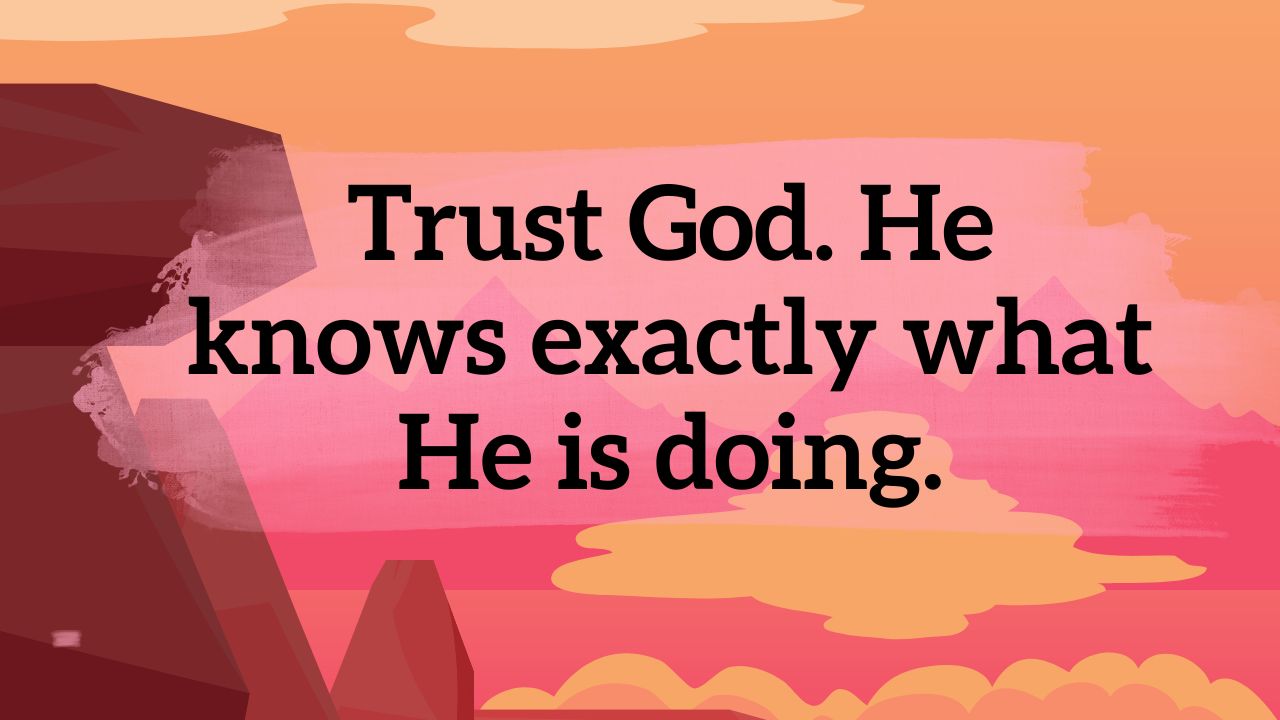 Are you wondering if God is trying to tell you something? If you’re tuned in to His frequency, you might be surprised how often He speaks to us! Here are five signs God is speaking to you. 1. You can’t get a certain Bible passage out of your head. If you’ve been stuck on a… 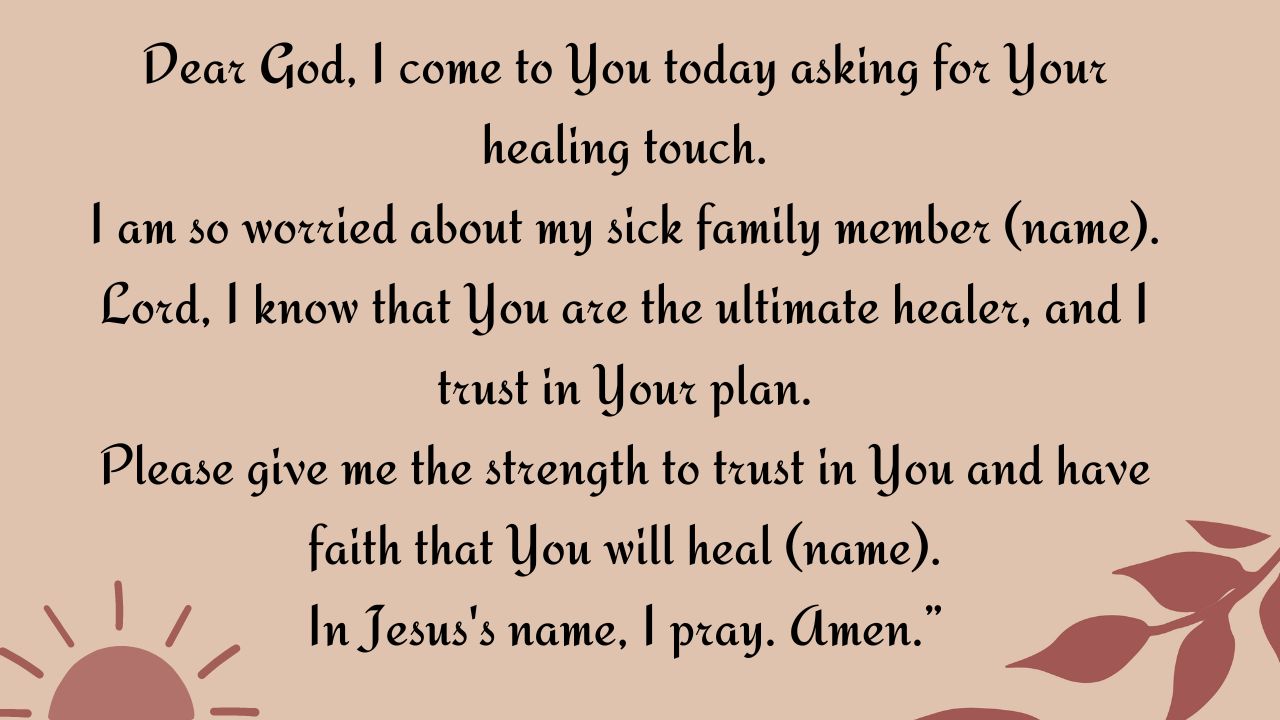 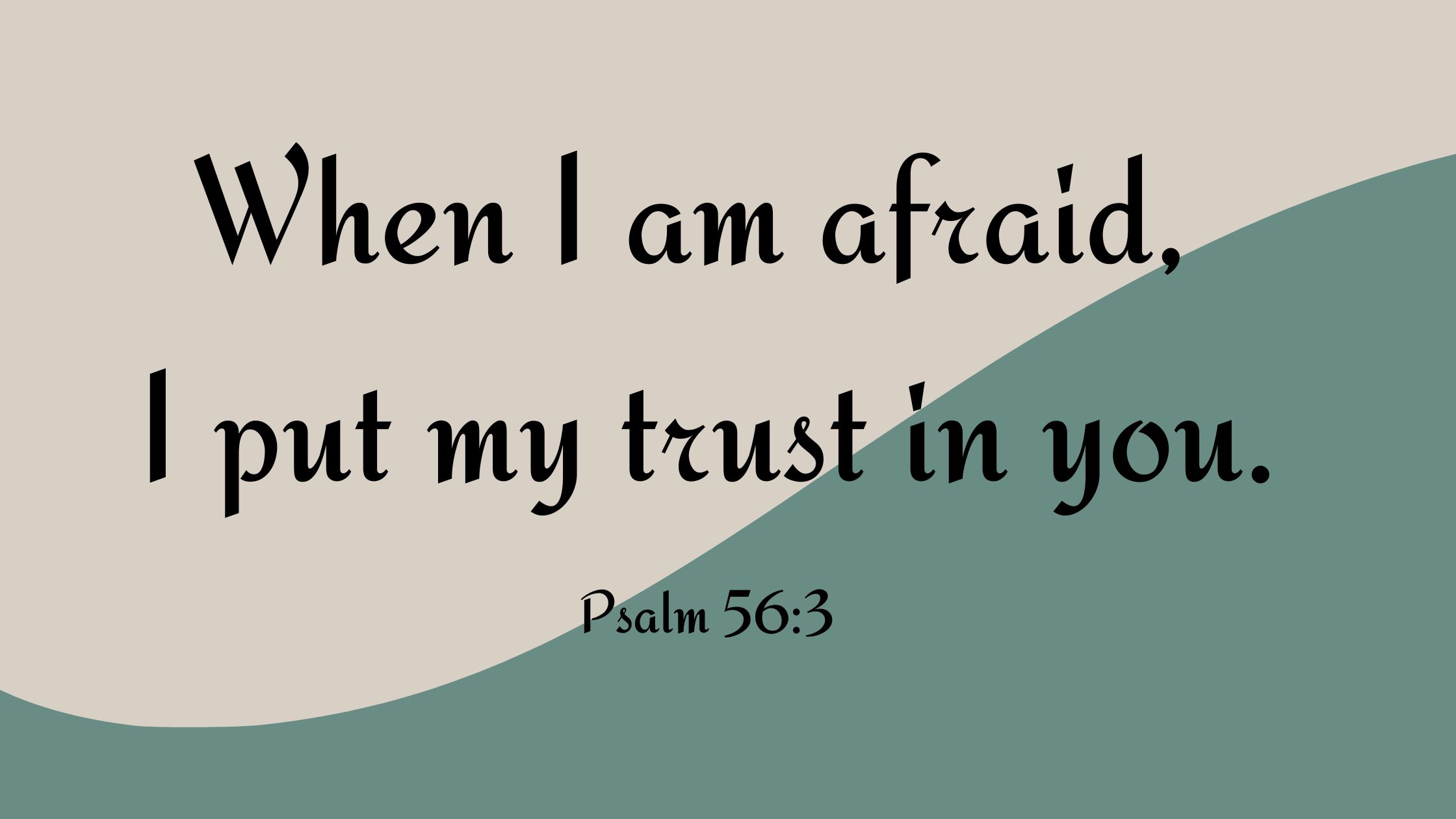 In a world full of uncertainty, it is natural to seek comfort. We may turn to family, friends, and other sources of support for solace in difficult times. But what about God? Is it possible to find solace and comfort in Him? The answer is yes! Let’s explore how we can draw on the power… 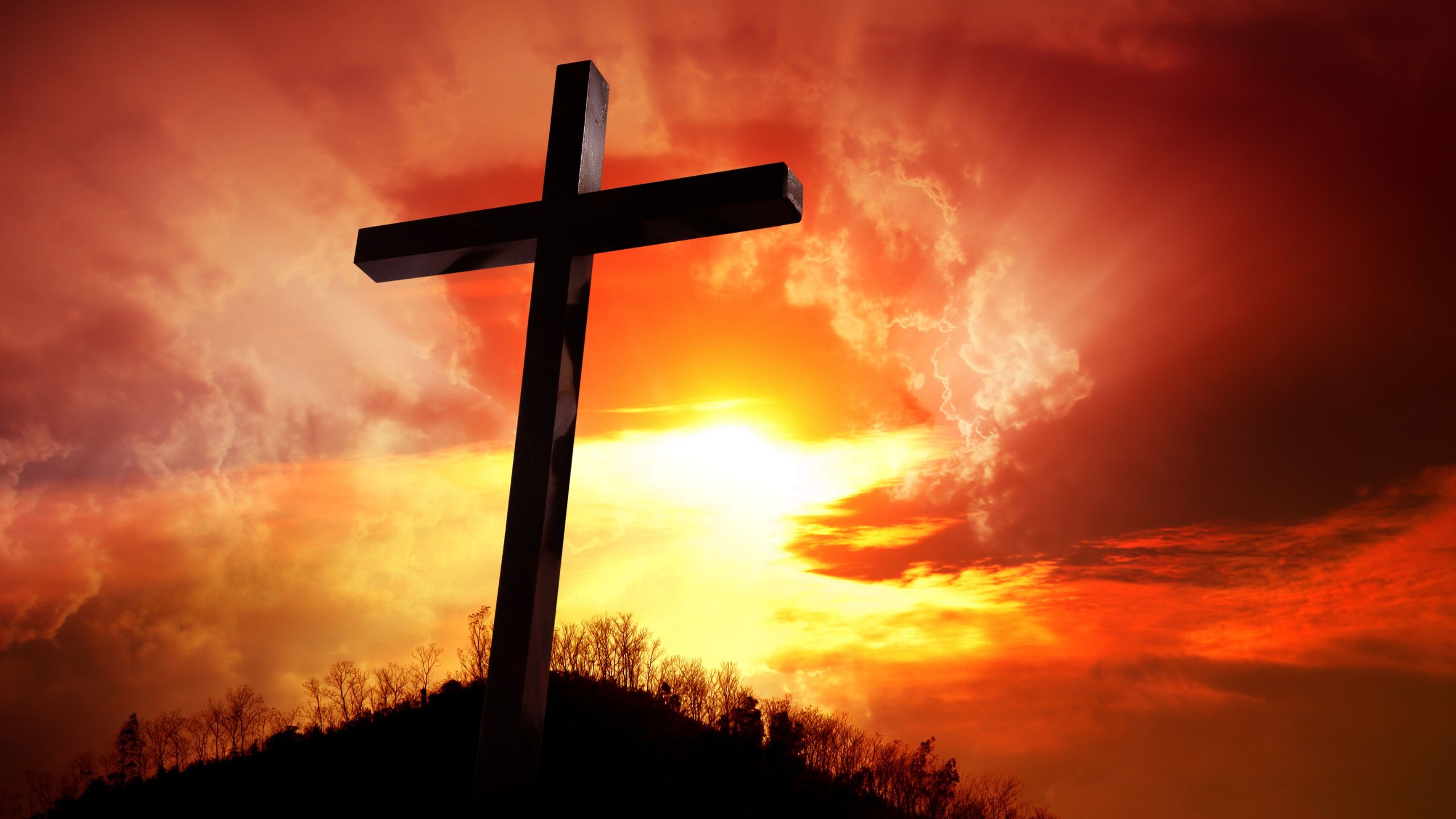 God is the creator of the universe, and all that exists within it. He is all-powerful, all-knowing, and ever-present. He is the one true God who has revealed Himself to us through His Word, the Bible. God is also our loving Father who desires to have a relationship with us. He is holy and just… 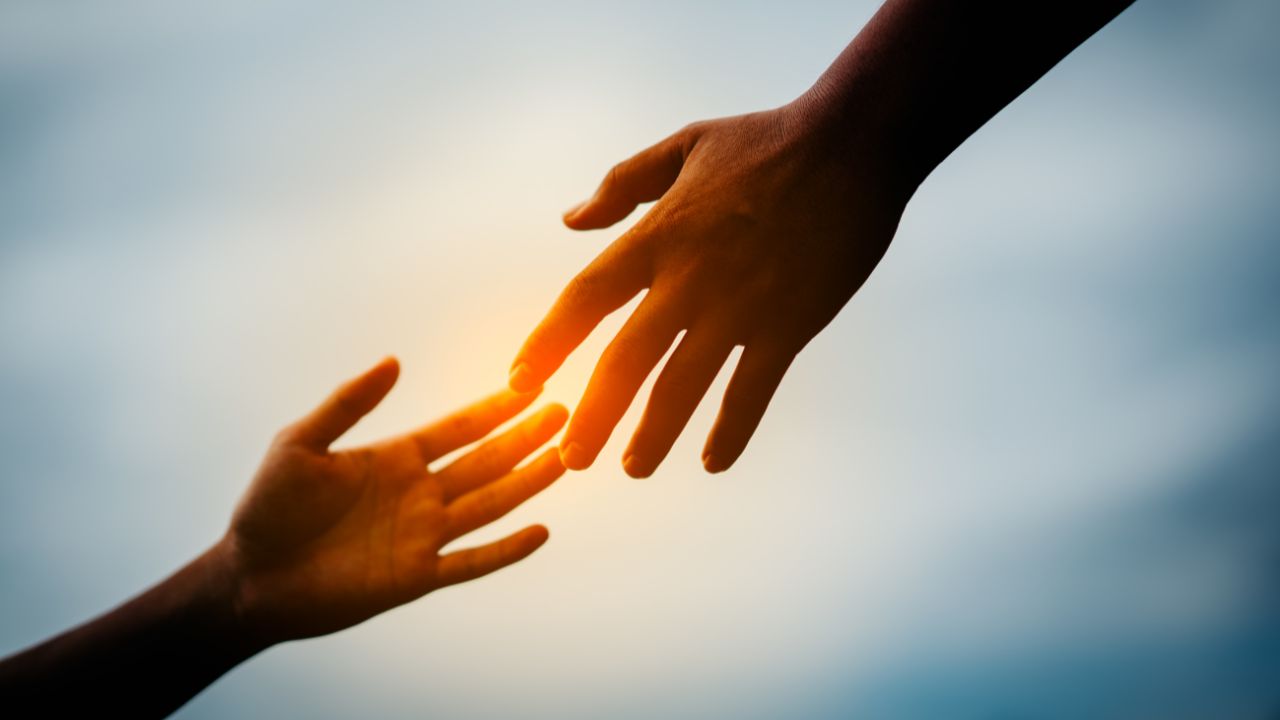 Do you pray every day? But no matter how many times you’ve asked, it seems like your prayers are never answered. Have you ever wondered why? The reason could be that you’re blocking your blessings. Yes, it is possible to do things that unintentionally prevent God from giving you what you want. God is generous… 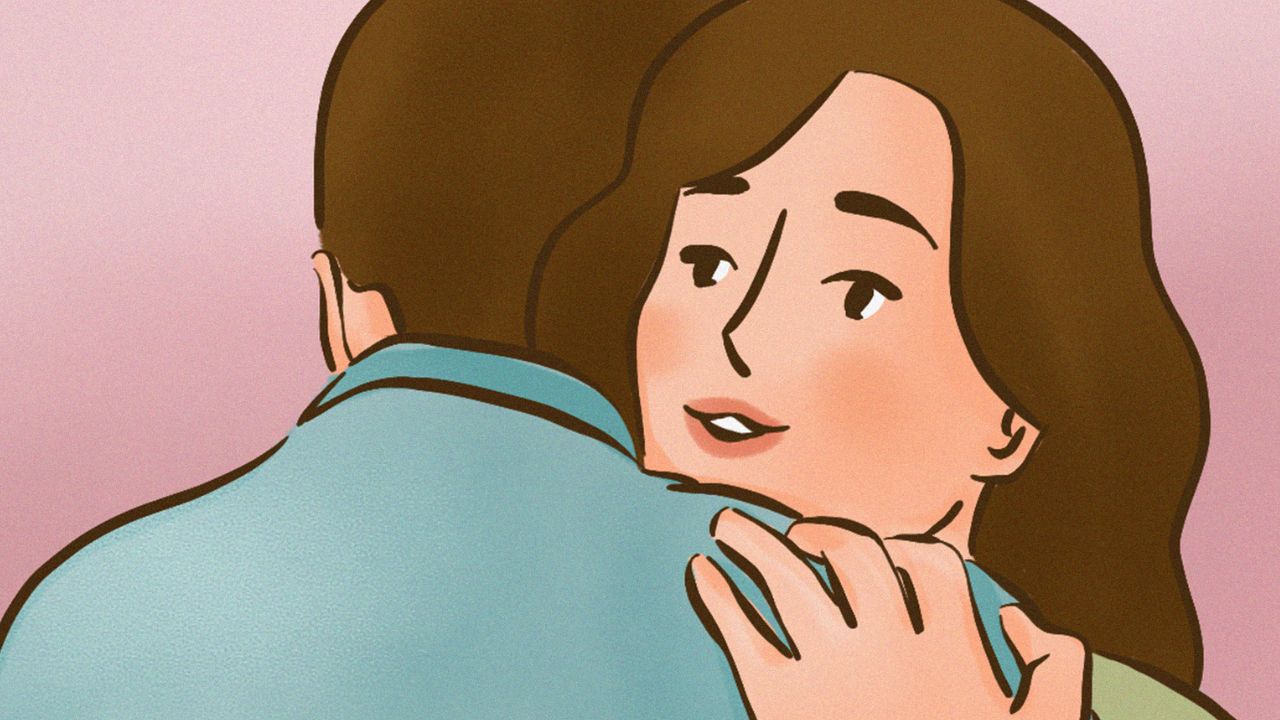 Most of you will have heard the term “Husband’s Helper” before, but what does it actually mean? According to the dictionary, a husband’s helper is “a wife who helps her husband with his work, especially around the house.” However, this term doesn’t just apply to women who help their husbands with the dishes or laundry….